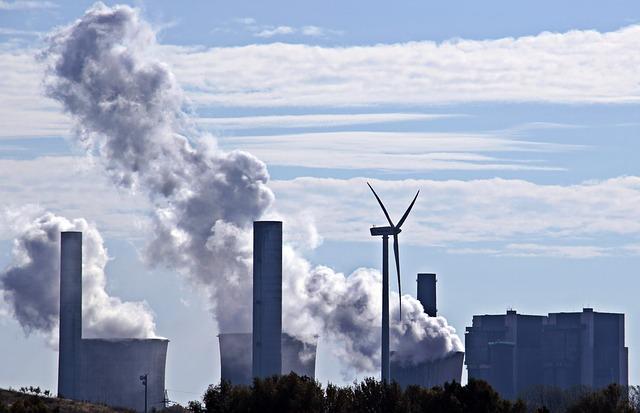 For countries with rising oil prices, it is predictable that coal may become a cheaper source of energy. It is also predicted that the total primary coal energy consumption should remain about the same for another two decades, then slowly begin to increase.

There are some problems with the cleanliness of coal, which causes a vast amount of pollution, but treating the combustion fumes can solve these issues. However, coal is still a great producer of CO2, and with most nations trying to reduce greenhouse gas emissions, this could scupper any plans of using it as an alternative energy source.

Coal is a notorious pollutant containing Sulphur which gives off Sulphur dioxide when it is burned. Once it is in the atmosphere, Sulphur dioxide becomes Sulphur acid, which is an irritant to the lungs and a main component to acid rain. Coal also has many other disadvantages that put its future as an alternative energy source in doubt.

Burning coal produces CO2, which is a well-known greenhouse gas that is very harmful to the environment. There is no solution to the CO2 that comes from burning coal, so this may cause it to go to the back of the line as a possible alternative energy source. Therefore, countries that are trying to reduce their greenhouse gas emissions, would not seek to increase coal consumption, because it would defeat their purposes. On the other hand, countries that are not concerned with greenhouse gases will only increase their coal consumption in the coming years.

What is the Future for Coal

It is almost definite that coal will have a future as a potential alternative energy source. The world reserves of coal are large enough to last 200 years, but only at their current rate of consumption. However, coal reserves are spread more equitably around the world than oil reserves, with the United States having the largest source of coal in reserve.

It also has a promising future because it is not as expensive as other possible energy sources. Coal is inexpensive to extract and to use to produce electricity. However, some factors make the use of coal for energy appear bleak. There are some technical limitations present when using coal as an energy source. For example, it cannot be used for transport purposes unless it is used in electric vehicles. There are also some ecological issues to contend with.

The future of coal as an alternative energy source is unclear, and there are some countries that are willing to settle more than others. The future of coal as an energy source may be dependent on a country’s needs or requirements and, even more so, their concerns.
Coal is not the perfect alternative energy source, but it is a possibility. Technological research is developing rapidly all over the world and there are many research programs in action today, including, research on the gasification of coal to produce hydrogen for fuel cells, and the capture and confinement of CO2.